At the age of sixteen B. Pascal proved a remarkable theorem: The three intersections of the pairs of opposite sides of a hexagon inscribed in a conic are collinear. It is said [Bell, p. 78] that from that result (and two other lemmas) Pascal derived all Apollonius' theorems on conics and more, no fewer than 400 propositions in all. Little wonder he called it the Mystic Hexagram (Hexagrammum Mysticum). The original manuscript (that was lost) was examined and praised by Leibniz. Descartes was been stunned to learn that the work had been performed by a sixteen years old. A shorter version written a year later has survived, see [Source, p. 326-330], but contains no derivation.

The theorem is clearly of projective nature, and in the surviving manuscript Pascal leaves no doubt of his intention to imitate the methods of Projective Geometry that Desargues introduced a short time beforehand. In the 17th century, identification with Desargues' work was certainly detrimental to any discovery. The ridicule with which his concepts and notations were met caused Desargues to give up on mathematical research. Projective Geometry lied abandoned for about two hundred years; and Pascal's result had shared its fate. However, in the 19thth century it was rediscovered with vengeance. The configuration has proved to have a rich, if not mystical, structure with numerous coincidences and collinearities that Sylvester called "cat's cradle." 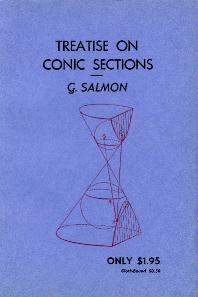 The following is a paraphrase of a part of the Notes at the end of the classical Treatise on Conic Sections by G. Salmon. I found the treatment fascinating. A judicious choice of notations appears to magically deliver a sequence of results "just by looking." It is obvious however that the notations alone do not do the trick; they just help make an efficient use of the concepts they represent.

To be more specific, the vertices of the hexagon are designated abcdef - in that order. Pascal's theorem asserts that the points ab·de, bc·ef, cd·fa lie on a straight line. (ab·de denotes the points of intersection of ab and de, and the other points are treated similarly. I'll use this notation through out.) The line is called the Pascal line, or simply the Pascal, of the hexagon and may be denoted abcdef or, for greater clarity,

The six vertices are cumulatively called P-points. The P-points are being joined by 15 C-lines. Each of the C-lines is crossed (even if at infinity) by 14 other C-lines. Some cross at the P-points, others elsewhere. Those intersections that do not necessarily coincide with any of the P-points, are called p-points. Out of 14 cross points on a C-line, 8 (4 at each of the defining P-points) are P-points, the remaining 6 are p-points; there are 6 p-points on every C-line. The total number of p-points therefore is

Each of the p-points lie on four Pascals. Indeed, ab·de lies on abcdef, abfdec, abcedf, and abfedc. Each Pascal carries 3 p-points. The total number of Pascals therefore is , which of course might have been established more directly as, say, the number of Hamilton cycles on a 6-graph.

Their vertices are P-points. Moreover, ab·cd and de·fa lie on the same Pascal

respectively. The triangles (1) and (2) are therefore perspective from the point common to the three Pascals. The point may naturally be denoted as

This is Steiner's theorem: Pascals intersect three at a time at what we'll call g-points. In the above notation for a g-point, each vertex appears only once in every row and every column. So that the notation clearly indicates that there are exactly three Pascals incident to that point. We conclude that there are 20 g-points.

Next, have a look at the following triangle formed by three Pascals:

The first two share the point ce·bf. This is one of the vertices of the triangle. The other two vertices are similarly found to be bd·ae and df·ac.

But those lines are the three Pascals:

Note the swap of the ce and df terms. Because of the swap, it seems less natural than before to denote the common point of the three lines as

Indeed, as before, all three rows and the first column contain all six vertices each. But in the columns 2 and 3 there are omissions and hence repetitions. The notation therefore should differ from that of g-points:

The above is an example of h-point whose existence was established by Kirkman. The notation for h-points is different from that for g-points in that a bar indicates the only omission free (repetition free) column. On each Pascal there are 3 h-points. Namely, on (Pascal), there are the three points

There are 60 Kirkman h-points in all, three per Pascal.

(The applet below purports to illustrate the results we have derived so far. At the bottom left of the applet, there is a modifiable permutation of the vertices of the hexagon. Individual letters could be changed lexicographically up or down by clicking a little off their central line. Whatever you do, the string is programmed to present a valid permutation of the vertices. As a consequence, getting the desired permutation is a puzzle in its own right. But once you got the desired ordering of the vertices, click the "Push Pascal" button to have the corresponding Pascal displayed. You may also check the boxes "g-points", "h-points", and "p-points on Pascals" to see those points on the selected Pascals. After "pushing" one Pascal, it is possible to modify the permutation and "push" another one. Two Pascals will be drawn, and more, if you continue the process.

Two checkboxes, "p-points on C-lines" and "Pascals through p-point", behave differently from the rest. If, say, the first is checked, then after you click on a C-line, the C-line will be "pushed" for special treatment: it will be shown together with its six p-point companions. If you click on a p-point while the "Pascals through p-point" is checked, the point will be "pushed" for a special treatment such that you'll see the four Pascals that meet at that point.

Whatever has been pushed for display (Pascals, p-points, or C-lines) could be removed from the special treatment group in the reverse order by clicking on the "Remove last" button.)

The story does not end here. However, by the time I reached the point reflected by the current functionality of the applet, my enthusiasm for programming Java illustrations began to wear out. The mathematical language seemed so much clearer than whatever I managed to do with Java. So, to wrap up this column let me just mention a few additional results from the book [Salmon, p. 381].

Cayley and Salmon have independently showed that, in addition to the above, there are 20 G-lines each carrying 3 h-points and 1 g-point. Also, the 20 G-lines pass four at a time through fifteen i-points. Finally, another Steiner's theorem claims the existence of fifteen straight lines I with four g-points on each.

According to Wells, the nomenclature is as follows. The 20 G-lines are known as the Cayley lines. The fifteen I-lines are Plücker's, the fifteen i-points are Salmon's.