Below we give an analytic solution to the following problem (already discussed elsewhere): 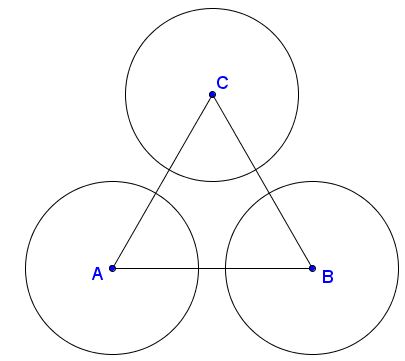 Describe all straight lines that have common points with all three circles.

The problem and the solution are due to Leo Giugiuc.

The solution is based on the following

It therefore follows that for a line $d$ that meets all three circles and has $A'$ between $B'$ and $C'$, $B'C'=BC$ and $B'C'\parallel BC.$ There is just one such line. There is also one line parallel to each of the remaining two sides.